If you were wondering who it is at ABCN who would drive 14 hours to get to Dallas, TX to broadcast a college football game, who on the "A" Team is a true wealth of stats and facts about the football traditions, history, and players for The University of Texas Longhorns, and who here would probably bleed burnt orange if cut, then look no further than Jesus Mendoza!

To most of our Members, Jesus is known solely as our valued Controller, heading the Accounting Department at ABCN. But when he is not living and breathing numbers and invoices for ABCN, he is delved deeply in statistics, averages, and other research for the Number Two ranked NCAA football team. Jesus may very well be the Longhorn football team’s number one fan – or at the very least, their number one fan in the Monterrey region.

"I started to play football myself at age six and have been a Longhorns fan since childhood. I love it as a team sport that teaches important values: discipline, sacrifice, hard work, being a team member, and of course, the tradition and pagaentry you find with college football," Jesus said. While he has been a true fan of the entire team across the seasons, Jesus’s favorite players are former quarterback (and current assistant coach to the team) Major Applewhite, tight end David Thomas, and the team’s current record leading quarterback, Colt McCoy.

As a tribute to his dedication for the team, Jesus serves as a Spanish broadcaster for the games. He has been actively involved in the program since 2004, when he was working towards his MBA at the University of Texas at San Antonio. He began as a statistician, assisting the main broadcaster by writing recaps in Spanish and keeping game stats. Now, as the color analyst for the broadcast, Jesus provides his expertise on college football and each of the Longhorn players. During broadcasts, Jesus shares deep inside analysis of each play during the game, highlighting relevant stats and important facts for his fellow fans tuning into the game by radio.

A genuine burnt orange fanatic, Jesus dedicates a huge portion of his time to the team. "I’m especially grateful to Frank and Toshi for understanding my dedication and supporting me when I take time to travel to away games," he said. He is happy to travel the seven hours each way from Monterrey to Austin every weekend during the football season. Arriving at the Darrell K Royal-Texas Stadium three hours before kickoff to prepare, Jesus then broadcasts the game and then participates in a post-game show, spending about seven hours at the stadium to provide detailed coverage and insight to Spanish speaking fans.

Jesus’s deep enthusiasm and fanaticism truly shines through his broadcasts; his excitement is contagious as he gives a thrilling play-by-play through each quarter. You can hear him here as the second broadcaster to speak in this excerpt, during which wide receiver Jordan Shipley makes a touchdown in the game against The University of Louisiana at Monroe earlier this season: http://www.abcnmembers.com/podcasts/jesus-mendoza-broadcast.mp3.

Of the current season, Jesus says, "There are great expectations for the Longhorns this season; most of the experts say they have a great chance to play for the national championship. In my opinion they have a chance to be a great team, but so far they haven’t played up to their potential. They have not been as dominant as they could be but they have shown flashes of a great team and I believe their best performance is yet to come."

You can hear Jesus broadcast every Longhorn football game by tuning in online to Austin, TX radio station 107.07 FM at http://www.univision.com/content/channel.jhtml?chid=10032&schid=10045. 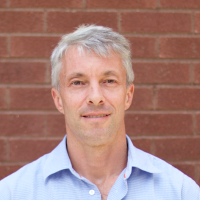