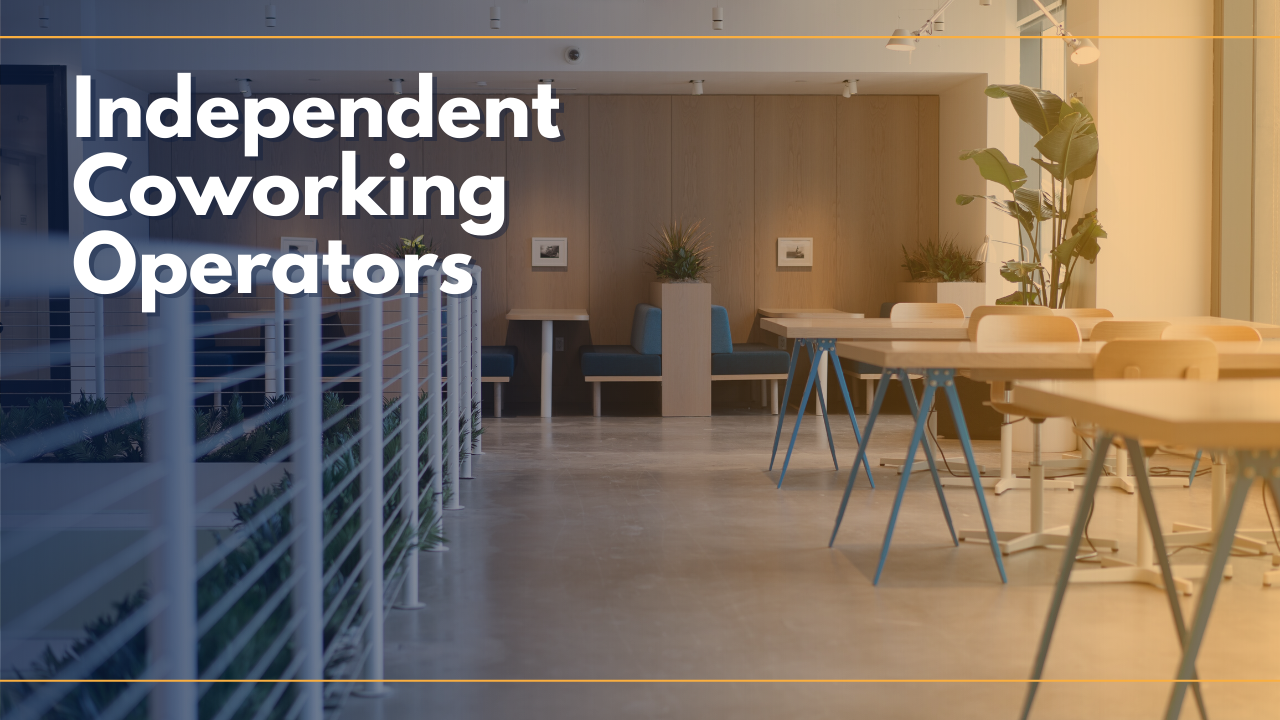 There are thousands of independent coworking space operators, and that number is expected to increase dramatically in the next few years, and with it, every flavor of office space imaginable.

While the majority of the publicity around coworking & flexible office space has been focused on WeWork and the other major players in the industry, the independent segment has continued to dominate the flex space market.

Suggested Reading: “The US Flexible Workspace Market Is Dominated by Independent Operators”

Independent coworking space operators, those who own and operate one to three spaces at most, account for 84% of operators in the US according to research by The Instant Group. The research also found that despite lots of industry talk about consolidation, the market is actually diversifying.

A few more highlights from the report point to the strength of the independent segment of flexible office space:

There are thousands of independent coworking space operators, with flexible office centers everywhere from the biggest cities to the smallest rural towns. That number is expected to increase dramatically in the next few years, and with it, every flavor of office space imaginable.

“Within that pool of diverse, independent operators, we’re seeing this trend towards nichification,” said John Williams, head of marketing at The Instant Group. “They maybe have one or two centers, but they really know their client base, whether it’s a woman-only center, or a center for tech startups or incubators.”

Like a neighborhood coffee shop, independent coworking spaces have their own personality, vibe, and style. The uniqueness of each space is part of what makes this segment so strong. Workers can choose the environment and community that best fits their needs in a way that can be missing from the consistency of larger brands.

For example, IndyHall, the first coworking space in Philadelphia, has served for more than a decade as a home to local freelancers, entrepreneurs, and remote workers focused on making independent work less lonely. The strength of its workplace community is seen as a model in the industry, especially considering the number of major chain locations that have popped up nearby.

Almost 3,000 miles away from IndyHall and at an elevation of 6,250 ft above sea level in the Sierra Nevada is where you can find my coworking space, Cowork Tahoe. It serves a small rural community on the shores of Lake Tahoe where remote workers have opted for mountain biking trails and ski slopes instead of rush hour commutes.

Many newer independent operators are opting to serve niche markets, such as spaces that cater to working parents by offering on-site childcare. One such space is the recently opened momHIVE in suburban Grand Rapids, Michigan, that opened to bring together local work-from-home mothers.

Independent spaces also have a role to play in economic development, with many spaces redeveloping abandoned properties or distressed real estate. Such redevelopment can lead to revitalization of neighborhoods and increased job creation and retention. Situated in the 300,000 sqft former B.F. Goodrich rubber factory in industrial Akron, Ohio, the Bounce Innovation Hub is helping bring back innovation and entrepreneurship to Northeastern Ohio.

With major players like WeWork investing heavily in advertising and marketing, coworking is now a mainstream industry. Independent operators have benefitted from that industry awareness, making opening spaces in rural or suburban markets easier than ever.

All of this is great news for distributed workers, who are being offered more and more choice in their workspace, whether they live in a major city or rural town.